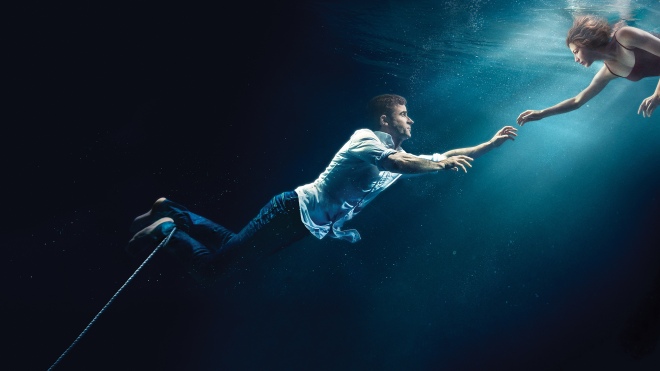 What I watched this fall:

The Leftovers: (HBO) Season 2 gets crazy. I liked it a ton better than the first season, which was mostly set up and backstory. This season was more surreal, and the plot had much more of a mystery to unravel. Justin Theroux is easy on the eyes, to put it lightly, and the rest of the cast is stellar (in my opinion, particularly Christopher Eccleston). I love Amy Brenneman whenever she’s on screen, I’ve seen her in tons of shows and movies (Your Friends and Neighbors, Judging Amy) but her acting and characterization of the ex-wife who abandoned Theroux’s character is excellent. (Ah! Live Tyler, too, is haunting!)

The Affair: (Showtime) Ok so here’s the deal: we’ve all seen/heard/watched this narrative before: unhappy family man has an affair with loner, younger girl and turns their reality upside down. But how the show’s writers and producers make this story different (besides the twists and turns of the plot) is the shift in perspective sometimes more than twice per episode. Often we will watch the same set of events told by two perspectives, and it’s fascinating to watch the nuances and details that shift per point of view. Excellent acting all around. 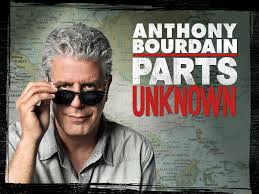 Anthony Bourdain: Parts Unknown: (CNN) So good. I want to be Bourdain’s friend. Why can’t that be? I appreciate good food and good drinks, he can bend my ear on the state of the world or lecture me on what it’s like to smear deer blood on his face while in Scotland (that was disgusting). He’s rough around the edges, an excellent writer, and we are lucky to have him on this earth (well, and on CNN).

Fargo: (FX) Season one was ok. Season two was so much better, and such a fun watch. From the editing and directing to the cast and characters. Jean Smart was amazing as the female head of the crime family, and Kirsten Dunst, Jesse Plemons and Ted Danson were incredible, they caught these characters and their flaws on such a minute level. Amazing.

Jessica Jones: (Netflix) Marvel’s female character with super powers, and yes I’m going to call her a superhero. The show’s pretty good, there are a few actors I wouldn’t mind seeing leave the story all together, and there’s a tangential sub-storyline that I wouldn’t mind them axing. But the gist of the show is good, and I’ll admit I was spooked the first couple of episodes because it’s largely about (not a spoiler) mind control. Bravo to Marvel and Netflix for finally putting a female in the lead in a current show, and Jessica’s main sidekick is her independent, ass-kicking best girl friend.

Serial, Season 2 (watching in my mind’s eye): (podcast) We are 5 episodes in and I’m waiting desperately for next Thursday (the release of episode 6). Lt. Bergdahl’s story is vastly interesting and I find myself thinking about it even when I’m not listening. And if you haven’t listened to season one of Serial, download ‘em now!

What I plan to watch:

Making a Murderer: (Netflix) so much hype, it’s a must watch.

The People vs. Oj Simpson: (FX) Been waiting for this for awhile.

Sidenote: while writing this post, I noticed my viewing preferences have narrowed to five networks: HBO, Showtime, CNN, FX and Netflix. For this gal, sayonara to network tv (although in truth, Scandal had a pretty good hold on me for awhile).