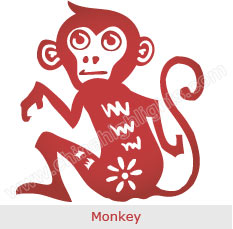 When we lived in San Francisco, the city shut down public schools and made the first day of Lunar New Year a holiday. I read New York City does as well. I researched the holiday and put together the Cliff Notes version (or Idiot’s Guide?) for the non-Chinese folks:

More on the Year of the Fire Monkey can be found here.